Front Grill Garnish – 67,200 yen / Unpainted – 62,800 yen
The front grille garnish has a two-tone design with body color and matte black paint, and the front mask is tightened to give it a more prominent design. Standard equipment A part of the grill is drilled and covered. Made of vacuum-formed ABS. With infinite emblem. Colored finish (6 colors set) x matte black paint finish.

Front under Spoiler – 103,800 yen / Unpainted – 98,300 yen
A front under spoiler that enhances luxury and sportiness. Two-tone specifications of body color and silver are set according to the front and rear balance. With infinite emblem. Installed by drilling a part of the standard equipment bumper. Made of vacuum-formed PPE. Colored finish (6 colors set) x silver paint finish. 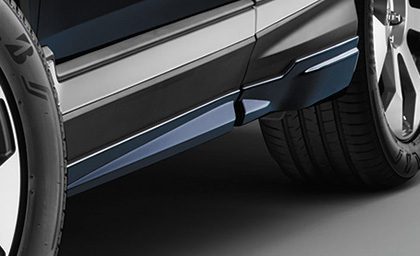 Side Garnish – 120,400 yen / Unpainted – 114,900 yen
By installing a designed side garnish that matches the character line of the body, a side view with a sense of unity and presence is produced. A part of the standard equipment parts (*) is drilled and covered. Made of vacuum-formed ABS. Colored finish (6 settings). 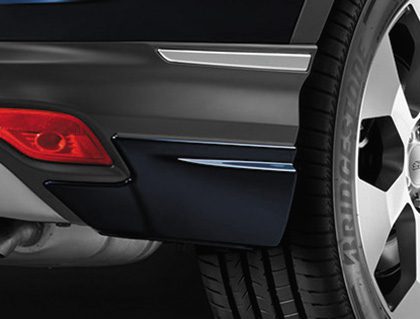 RearUnder spoiler – 70,800 yen / Unpainted – 65,000 yen
A rear under spoiler that is divided into two parts, left and right, with a unified design from the front to the rear. Made of vacuum-formed ABS. Standard equipment A part of the rear bumper is drilled and put on. Colored finish (6 settings). 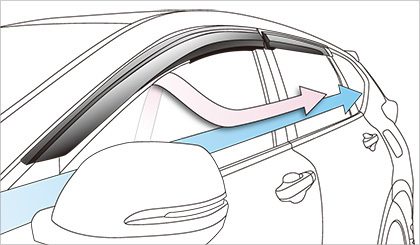 The ventilated visor is discharged from the room by limiting the opening to the front by keeping the rear of the visor closed even when the window is slightly lowered (*) by the rubber blade installed at the lower end of the front visor body. Suppress the backflow of air.

Furthermore, the negative pressure generated during running efficiently promotes the discharge of air. In addition, the comfort of use as a visor is greatly improved by preventing the ingress of raindrops that tend to infiltrate when the window is opened and the ingress of rainwater that is splashed by other vehicles. Made of smoke type acrylic. Front / rear 4-piece set.
* When the upper edge of the window is above the rubber blade A sports exhaust system with two left and right wheels set exclusively for the CR-V EX grade. Achieves high exhaust efficiency, suppresses muffled noise, and achieves both sports exhaust notes in the high-speed range. The finisher adopts a double pipe structure according to the vehicle class of CR-V. The finisher is φ101.6. Straight type with a finisher pipe diameter of φ60.5. Made of all stainless steel. Replacement muffler pre-certification system certified product conforming to safety standards. 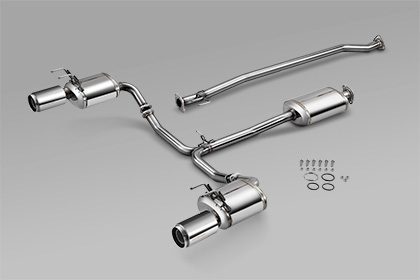 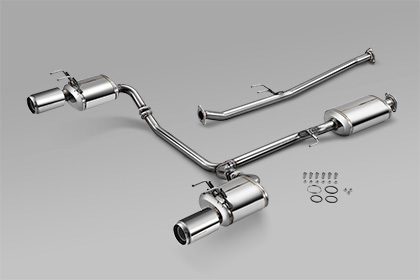 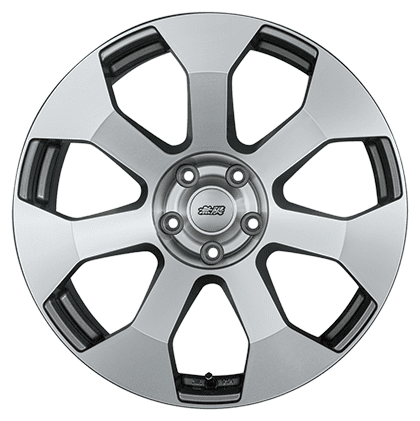 Aluminum Wheel MDA – 59,500 yen / One Wheel
19 × 7 1 / 2J Inset 43
Based on 7 spokes, a wide disc surface design is adopted. “MDR” is a simple yet powerful aluminum wheel that enhances its presence with high quality. The two-tone specification, which combines mirror cutting and dark metallic, is designed to give an impression of the size that is larger than it looks. It secures high rigidity and greatly contributes to weight reduction. The size is 19 x 7 1 / 2J inset 43. The color is a dark metallic mirror face. Recommended tire size 235 / 55R19. 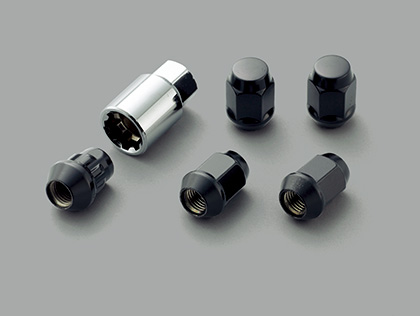 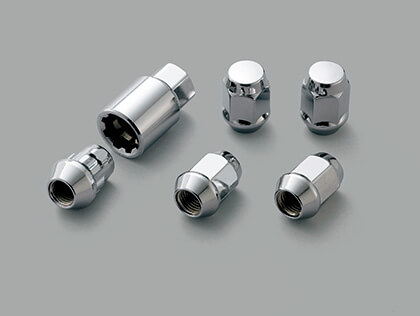