This product is back-ordered.
Orders will be placed after the payment and will be shipped as soon as the products arrive.

Please select per-product shipping when placing the order. This can be shipped via economy air shipping to most parts of Asia, the US, and Europe. However, the territories cannot be covered
with this shipping, we may request an additional shipping charge after the buyer place the order.
4.5% deduction when paying via Bank/WISE Payment

” FINAL LSD ” made by Taniguchi, an off-road service that can now be called a standard custom part for increasing Jimny’s driving force.
“On-Road Model” and a reputation addition to the “off-road model” This FINAL (final) LSD in the series ” FINAL LSD SP ” was the lineup.
To surpass the traction performance of the off-road model “SP” in order to verify the ability of, headed to the off-road course ….

In particular, the “off-road” model is a product that can be called a classic Jimny LSD tune. It has enough potential to improve driving performance from off-road to on-road, but LSD, which has been given harder specifications than this “off-road” model, will be introduced here. ” FINAL LSD SP “.

“The brake LSD installed on the Jimny JB64 also shows sufficient off-road performance, but if it gets stuck diagonally and the tires completely slip, there may be a time lag before it works. Mr. Taniguchi of the off-road service Taniguchi says. It was born with the theme of overcoming the phenomenon that could be the weak point of the new Jimny.

The demo car equipped with the ” FINAL LSD SP “, which is given strong traction performance, is equipped with slightly larger tires ( 185 / 85R16 ), but it goes up the mountain road where the uphill slope continues. The continuous corners also showed a stable run.

When turning left or right ( starting from 0km / h ) at a paused intersection, I sometimes felt a slight skidding of the rear tires, but this was also because of the strong traction performance. With that in mind, it should be well tolerated. Rather, the chattering sound that reaches the inside of the car is at the same level as the conventional “off-road” type, while having such traction performance. In other words, it’s a level that doesn’t bother me.

Since the weather was mild on the day of the interview, I did not encounter a scene where I was struck by a gust of wind during a tunnel or a strong wind during high-speed driving, but in such bad weather, straight-line stability will bring peace of mind. It was a run that made me easily imagine that. The base vehicle of the Taniguchi demo car, which has become an overwhelming off-road driving test vehicle with strong traction, is the Jimny JB64, which has undergone a full model change for the first time in 30 years .

In the mogul terrain as shown in the photo, the diagonal tires are completely off the ground when going straight. Normally, it is impossible to move forward here, but “brake LSD traction control” is a function. Driving force to the ground wheel takes intermittently brake to idle wheels is distributed, forward can … I mechanisms that, but the skill is also required to master the electronic control is to be operated in a timely manner.

Until now, each LSD had its advantages and disadvantages, but this ” FINAL LSD SP ” was realized by trying to adopt only the merits of both. In other words, you can get the ideal variable torque function that normally operates as “torque-sensitive” and if one wheel should float completely, it functions as “rotation sensitive” LSD. rice field.

Therefore, you can activate the LSD when you want the driving force. Of course, no special technique is required to activate it. You will be able to choose a safe line and focus only on calm and maneuvering the vehicle.

The newly developed ” FINAL LSD SP ” goes well with the new Jimny. As with the two types of LSD released by the company, you can also order the ” SPEC-X ” tune that will be set according to the user’s preference. It is a gem that I would like to recommend to real offloaders who are looking for even more rough road running performance.

Genuine brake LSD traction control only (= Final LSD : that’s non-equipped car left in the photo), not only the time lag occurs before the operation, also in this manner floating tire resulting in idle violently … .

On the other hand, Jimny (on the right in the photo) equipped with the “Final LSD SP ” cleared the LSD without difficulty even if one side of the rear wheel slipped. 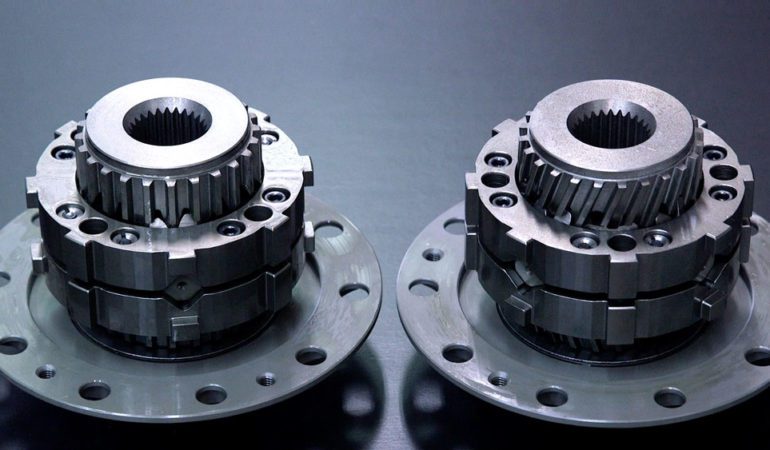 The photo on the left is the “Final LSD Off-Road Model”. And on the right of the photo is the new lineup “Final LSD SP “.